Fasten your seatbelts…It’s going to be a bumpy night.

I have a pretty long list of favorite movies. I’m easily entertained, so it’s tough for me to narrow down my absolute favorites, but this movie falls somewhere near the very top. I watched it for the first time probably about six or seven years ago. For some reason, it didn’t really resonate with me. I would think I’d be able to vividly remember the first time I watched this movie, but it’s only vague. Perhaps I spent part of the time messing with my phone; that could pretty easily explain it. Who knows? I revisited All About Eve several years later – and thank goodness I did. I found out that it’s actually one of the wittiest and most enjoyable movies of all time.

When I watched the film for the third time several months ago, it was even more of an enjoyable experience.

Before I go into the reasons why I adore this film, I want to provide a bit of background as to how the film came to be:

Joseph L. Mankiewicz, the director and writer of the film, took inspiration from a 1946 short story about an actress’s fan-turned-personal-assistant who begins to cause a lot of

trouble for her, which was written by a woman named Mary Orr called “The Wisdom of Eve”. This story was combined with his original concept of a story about an aging actress who struggles with the fate that so many women deal with once they reach a certain age.

Mankiewicz took the screenplay to producer Darryl F. Zanuck, who made some changes but ultimately loved the idea.

Susan Hayward was Mankiewicz’s first choice for the lead role of Margo Channing, but Zanuck told him that Hayward was too young for the part. Marlene Dietrich was then considered but then rejected for being “too German”. English stage actress Gertrude Lawrence was considered…until her lawyer made it clear that she would only take the part if she didn’t have to drink or smoke onscreen and if they would add a torch song for her to perform. Zanuck took interest in Barbara Stanwyck, but she was unavailable. Other contenders included Tallulah Bankhead, Joan Crawford, Ingrid Bergman, and Claudette Colbert. Colbert actually accepted the role, but had to quit the production due to an injury she sustained just before shooting began.

Zanuck and Mankiewicz decided that the only other actress who could do the role justice was Bette Davis. Mankiewicz reworked the character of Margo Channing to be catty and acerbic rather than refined due to Davis’s obvious talent for taking on those kinds of characters. His decision proved to be a smart idea.

Mankiewicz was warned that Davis would very likely make her own revisions to his script and take over directing duties, but later on he revealed that she was pleasant to work with and didn’t rework any of her lines, as she knew that Mankiewicz had written a true masterpiece that needn’t be touched.

Davis later said that Joseph Mankiewicz had resurrected her from the dead. Her career seemed to have been going downhill before she accepted the role of a lifetime.

Once Davis and her costars were locked into the production, things took off.

I’m going to break down the brilliance of All About Eve through my eyes:

According to my Letterboxd profile, I’ve watched a little over 1,000 films thus far, and I’m going to say that All About Eve probably boasts the greatest dialogue of them all. Every single line is laced with wit – biting sarcasm, brutal insults, and everything in between. The best part about this, in my opinion, is that many of the insults thrown around are really funny.

Personally, my favorite supporting cast member is George Sanders, because I adore his sass, sarcasm, and his voice. 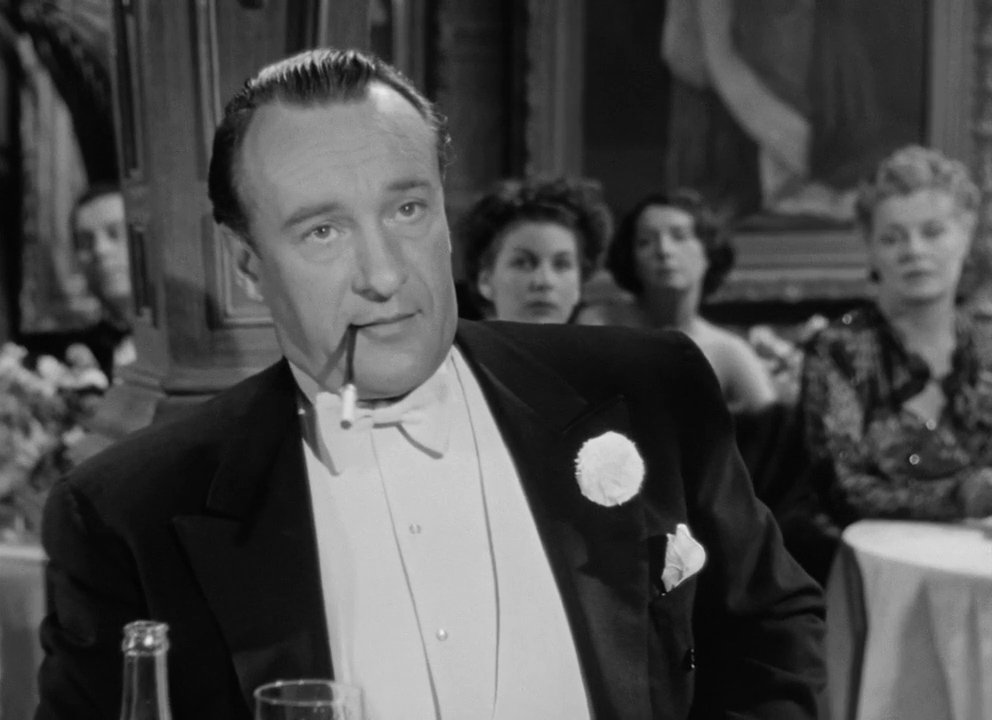 Now, do we consider Anne Baxter – who also gives an incredible performance – to be a lead or supporting cast member? She was nominated alongside Bette Davis for the Best Actress Oscar for her performance in the film, which upset Bette (and likely split the vote). I think it’s a fascinating discussion. 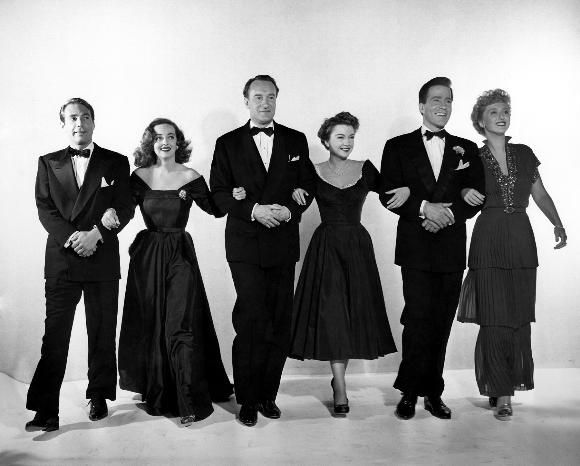 All About Eve sits comfortably in lists naming off the greatest films of all time. Casual viewers and critics, for the most part, find immense enjoyment from the entirety of its 138 minute running time.

While the film is celebrated for its sheer brilliance, it’s also seen as a film filled with “campy overtones”, adored by an array of film-watchers who revel in Margo Channing’s larger-than-life personality.

The film’s most famous line, uttered by the one and only Margo, “Fasten your seatbelts…It’s going to be a bumpy night.”, is #9 on AFI’s 100 GREATEST MOVIE QUOTES OF ALL TIME list.

The film was nominated for an impressive fourteen Oscars and won six: Best Picture, Best Director, Best Writing (screenplay), Best Actor in a Supporting Role for George Sanders, Best Costume Design (Black & White), and Best Sound. One of the 1951 Academy Award Ceremony’s most talked-about moments was when Judy Holliday won Best Actress for her role in Born Yesterday.

Art seemed to imitate life when Anne Baxter fought to be nominated for Best Actress and not Best Supporting Actress. Her wish was granted, and for the first time, two Best Actress nominations were given to actresses in the same film.

It’s believed that the vote was split because of the decision. (Gloria Swanson was also nominated for her iconic role in Sunset Boulevard.)

Alfred Newman’s score was nominated for an Academy Award but lost to Franz Waxman’s powerful score for Sunset Boulevard.

All About Eve‘s theme conjures up the imagery of a story which is almost larger-than-life…something bold. Newman’s score doesn’t seem to be an aspect of the film that is often discussed, but I want to acknowledge its excellence.

This post is part of the Bette Davis Blogathon hosted by In the Good Old Days of Classic Hollywood. Click here to read the other submissions!

7 thoughts on “The Brilliance of All About Eve”